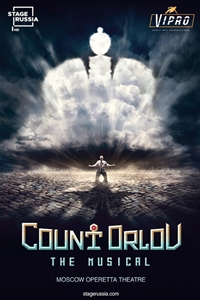 The Moscow Operetta Theatre's "Count Orlov Musical" is a remarkable tale of love and betrayal based on one of the most dramatic episodes in the history of the Russian Empire. Brilliantly told by renowned playwright and poet July Kim with music composed by Roman Ignatyev (the same team behind Anna Karenina Musical and The Count of Monte Cristo), the lavish production is set in the second half of the 18th century during the reign of Catherine the Great. Count Alexey Orlov, who had once contributed to Catherine's rise to power, falls out of favor and is sent away in disgrace to Italy. While there, he meets a beautiful young woman, Elizabeth, supposedly the granddaughter of Peter the Great, who has aspirations for the Russian crown. In an attempt to win back Catherine's affection, Orlov reveals Elizabeth's plans, setting in motion a series of events that lead to an unimaginable end.